In the past years, the representation of sexual orientation on TV has become a heated topic. Many feel that sexual orientations other than straight are underrepresented. Luckily, TV makers have listened, and they have started to include more and more diversity. Today, I will be looking at bisexual representation. How has it improved and what can be done better? Spoiler alert for several TV shows that I will be discussing, but most of them have either ended or the events that I used were a few years ago.

First of all, I’m kind of in conflict with myself. On the other hand, I think it is very necessary to include diversity in TV shows, so that a wider audience can relate to characters. On the other hand, I once read a book that took place in some rural area of the US in which all of the characters were seemingly made to be as diverse as possible, which just isn’t realistic to me because that isn’t how it is in the real world (or maybe I’m just hanging out with the wrong people). I realize that this is really hypocritical of me, but I need some realism in between ridiculous storylines, dammit!

Anyway, let’s look at the facts. GLAAD (which, funnily enough, used to stand for “Gay & Lesbian Alliance Against Defamation.” In 2013 they decided to only use the abbreviation so bisexual and transgender people could be included) releases a yearly report called “Where we are on TV,” which, surprisingly, looks at where we are on TV with representation. In their report for 2019-2020, they concluded that out of the 153 regular and recurring LGBTQ characters on Netflix, 30% were lesbian, 42% were gay and 24% were bisexual. The other four percent is divided between asexual, and undermined characters. This is about the same number for American cable and broadcast TV shows. From all TV shows, 90 bisexual characters are female and 36 are male, so there is an overwhelming majority in female characters.

Oberyn Martell from Game of Thrones
It’s such a shame that this character didn’t live for very long. Aside from the fact that he is played by Pedro Pascal, who is a really cool actor (shoutout to my previous article about The Mandalorian, check it out), his character, as is described by the character’s wiki page, is known for his “fighting skills, passionate temper, and sexual appetites.” He felt that life is short and therefore lived his best life, which let him to have a very painful early death. He is also one of the only openly LGBT characters in the series, which is kinda cool. 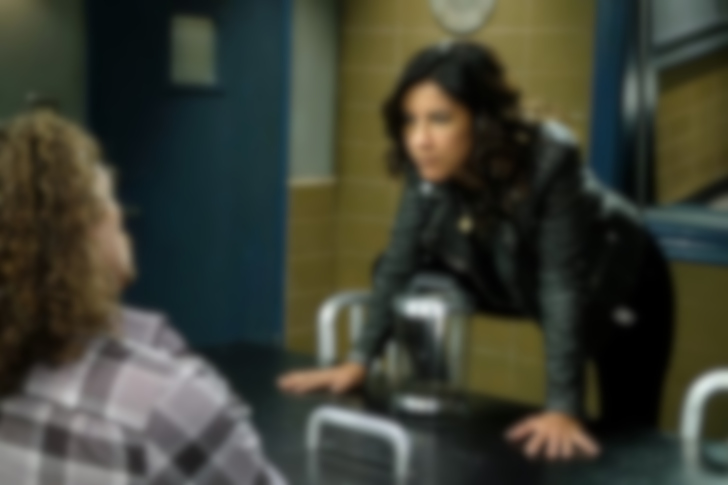 Rosa Diaz from Brooklyn Nine Nine
This is such a badass character in a great show. Her character is hard to read and secretive, but she does have a good heart. Stephanie Beatriz, the actress who plays her, is also bisexual, so it is cool that she has that in common with her character. Additionally, the show also deals with coming out, and how this can cause problems with loved ones. When she comes out to her parents, they are not very accepting. This, of course, sadly happens a lot in the real world, so it’s good that this show addresses these issues.

Unfortunately, there are still a lot of misconceptions about bisexuality, which is also apparent on TV. While I was looking for examples of bisexual characters, a lot of them were “unconfirmed,” because there were only a few references within that TV show. While I absolutely don’t think is necessary for each and every character to have a detailed description of their identity and sexual orientation, it often feels as though bisexuality is used as a joke. On multiple occasions in many shows, such as Bob’s Burgers, The Good Place, Arrested Development and The Big Bang Theory, there are situations in which one of the main characters express attraction towards the same sex once or as a running gag. These instances come off as an attempt to shock the audience, in which these (seemingly) straight people are attracted to the other sex because they’re so irresistible.

​Sure, I often think these jokes are funny, but it does showcase some misconceptions about bisexuality, namely that it isn’t real, that it’s just a phase or that the label is used to get attention. In some shows, bisexuality is even used as a reason not to date someone or claimed that it isn’t real. A few examples are Sex and the City, 30 Rock, New Girl and Glee. It is quite problematic that this still happens in (relatively) modern shows, because it reinforces stereotypes that are still alive within society. One research from 2016 showed that of the 3000 American people questioned, there were still quite a few people that believed things like “bisexual people are just confused about their sexuality.” Whether or not this comes from these TV shows is impossible to conclude, although I would probably argue that this is not the case. Nevertheless, I think it is unnecessary for TV shows to use bisexuality as a joke and I think it would help if it was portrayed accurately like those characters that GLAAD found, because it would help people understand what it means to be bisexual.

As a conclusion, I think TV shows are definitely on the right path on including bisexual characters without making their personalities revolve around that. However, while I think stereotypes are funny (because let’s face it, there is always a little truth in them. Don’t pretend you don’t relate at least a little to those “tatta’s be like” memes”), they are only funny if characters of that group are well represented in normal ways as well. That being said, there is no doubt that we are in the golden age of TV shows (maybe not so much TV but shows in general) so I’m sure that they will only continue to improve, both with inclusion and with everything else!