Divisions & Comradery: What UNC taught me about Protests, Politics and Rivalries

You are either a Democrat or a Republican, a poor NC State or stuck up Duke student and you’re either a Tar Heel born and breed, or no UNC student at all. After spending one semester at the University of North Carolina at Chapel Hill, I discovered for myself the American mentality of you’re either “with us or against us.” I got a first-hand insight at the strong political divisions that exist in America, and more specifically the struggles that come with being at a liberal college in an overwhelmingly red state. Not only are there strong divisions in the political field, but this “in or out” mentality  extends itself to university rivalries, which becomes especially apparent when looking at the world of sports. On the other hand, I saw extremely open discussions between students of differing political backgrounds and experienced a comradery between UNC students that is also uniquely American. Ultimately this one semester at UNC taught me that division and comradery are inherently intertwined in American culture. Protests
I had only just arrived at UNC when I found myself accidentally running into a protest against the highly divisive Silent Sam statue that stood on the quad of UNC. Me and my fascination for everything “American” could not walk away and I proceeded to observe the protest from a safe distance. The confederate soldier has been a highly debated object at UNC, with one side arguing that keeping the statue promotes bigotry, whilst others claim that Silent Sam is a piece of history that should not be removed. The statue had earlier been covered with red paint and that specific night it was shrouded with pieces of cloth before protesters pulled the statue off of its pedestal. The scene erupted, with the protesters happily screaming whilst at the other side people –a lot of them wearing camouflage- were clearly upset with the toppling of the statue.

Even after the statue was torn down, the debate was far from over. Since UNC is a public university, everybody can access the campus, resulting in groups from both sides again protesting on university ground, either arguing for the statue to be put back up or permanently removed. From a foreign American Studies student’s perspective, and after having studied the disputes surrounding confederate statues, the real issue and danger it poses really became clear to me during my time at UNC.

​Politics
A second moment that opened my eyes to the severity of political division in America and more specifically at North Carolina and UNC, was an article that was published regarding Republican female students at UNC. Chapel Hill is informally referred to as a “liberal hell-hole” in a red state, with most UNC students being fairly liberal. Vanity Fair decided to run an article on Republican women at UNC who felt like they were being tormented because of their conservative views. The article quickly spread throughout UNC where different camps started to form. Some argued that the reporter misquoted the interviewees and that she had done a bad job of informing the participants of the nature of the story. Others however found that these girls were solely responsible for their own comments and should have been aware of the backlash this would cause. Yet another group was of the opinion that these girls were unrightfully given too much attention and that the problems they discuss are not really valid in comparison to people who “actually” face discrimination.

The article sparked a conversation throughout the entire university, and resulted in some very interesting discussions in the classroom and in my dorm room regarding journalistic integrity and the divisiveness of politics. 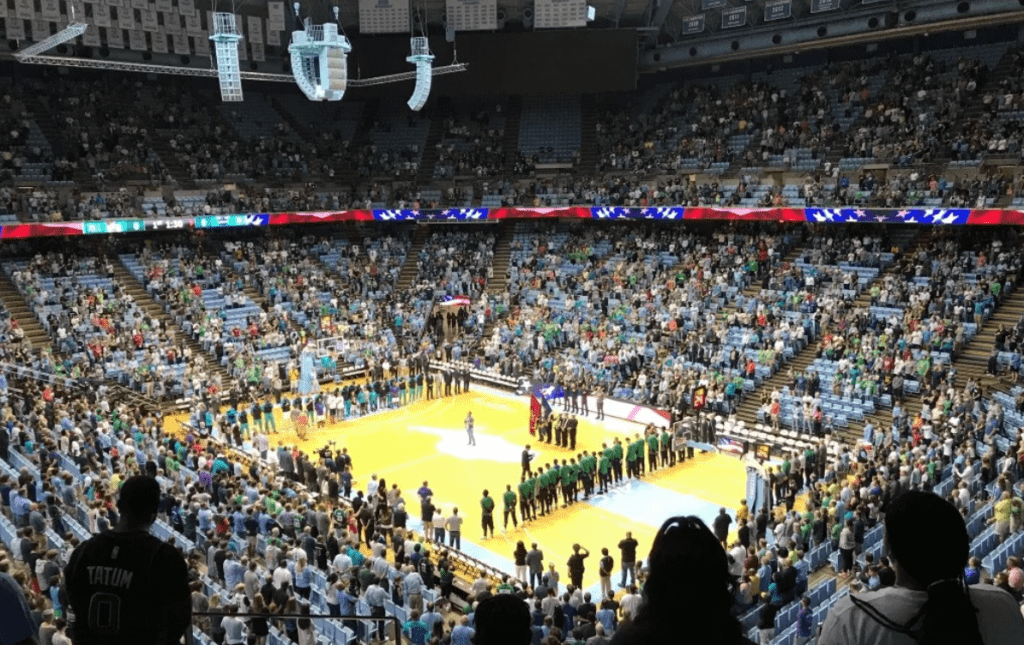 Rivalries
Wednesday, the 20th of February, UNC played its archrival Duke in the highly anticipated basketball game that even Barack Obama attended. Last season, UNC won the national college basketball championship, whilst this year Duke is the current number one. UNC won the game, resulting in Franklin Street –the main street of Chapel Hill- being filled with people dressed in  Carolina blue, which made me feel pretty homesick to get back to UNC. The Duke – UNC rivalry has been going on for years and is mainly focused on basketball and academics. With Duke being a private school and UNC being a very prominent public school both situated only 8 miles apart from each other in North Carolina, the two have been number one rivals ever since. UNC even sells T-shirts with “Beat Duke” and has the line “go to hell Duke” in its chant (which is even used at different games even when UNC is not playing Duke). 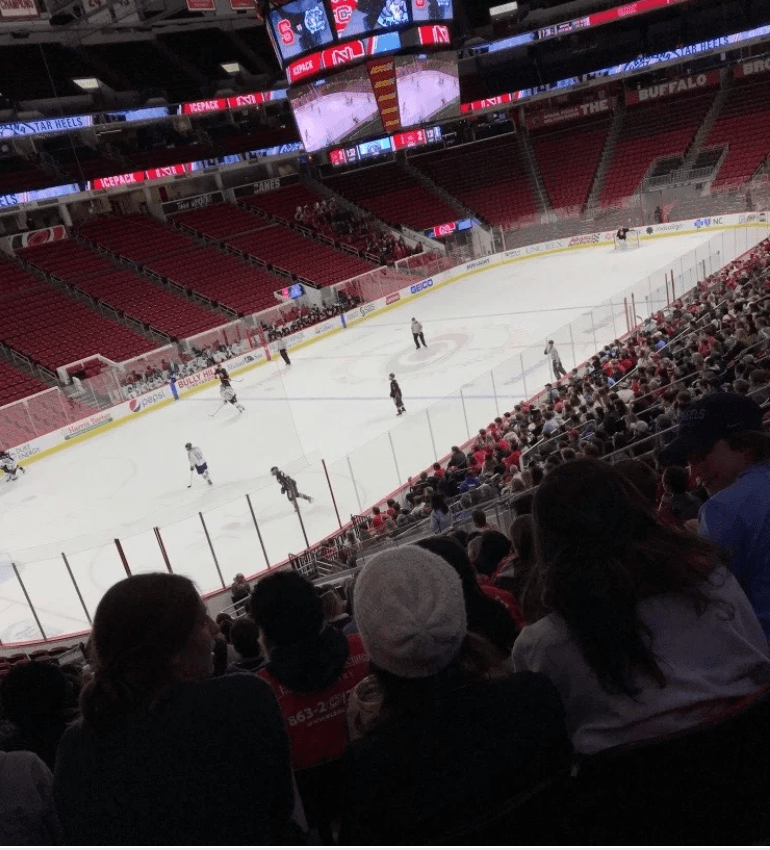 The second rivals are NC State, which we played twice on the ice hockey field while I was there. I will never forget the feeling of walking around in a sea of red on “enemy territory” whilst wearing my Carolina Blue. NC State is a public university as well, yet not as prestigious or expensive as UNC. For this reason, the rivalry between NC State and UNC mainly revolves around NC State students finding UNC students rich know-it-alls and UNC students labeling people from NC State as “farmers.” At one particular Ice Hockey game at NC State, we sat down right in between a fraternity from UNC (basically the only people from Carolina present) and a young group of NC State supporters. The two groups proceeded to yell at each other about their families jobs (“Agriculture” or “Your dad is probably a lawyer”), which was quite an interesting experience. Eventually, when UNC started to really lose, -and some people were escorted out- the frat left and so did the security surrounding us.

My Personal Takeaways
Yes, all of the divisions mentioned above create tension, but I experienced my time at UNC as one which opened me up to a larger variety of opinions and as a place that made me feel included like no other. I experienced a great willingness of students in the classrooms to listen to each other, to honestly express their opinions and to engage with my views as an European outsider. There may be political differences among UNC students, and yes, the debates might get heated, but in  the end, people are proud when they put on their Carolina blue.

Walking into the NC State ice hockey game, a guy spotted me wearing Carolina blue and yelled “TAR,” to which my immediate response was “HEELS,” after which we randomly high-fived. This instant bond, instant comradery, is the other side of the American university experience that often gets overshadowed by the divisiveness of picking sides. I did not know what that guy I high-fived voted for, I did not know how he felt about a statue or an article, the only thing I knew was that that guy was a Tar Heel, just like me.