The problem with the schools’ Christmas church tradition in Finland 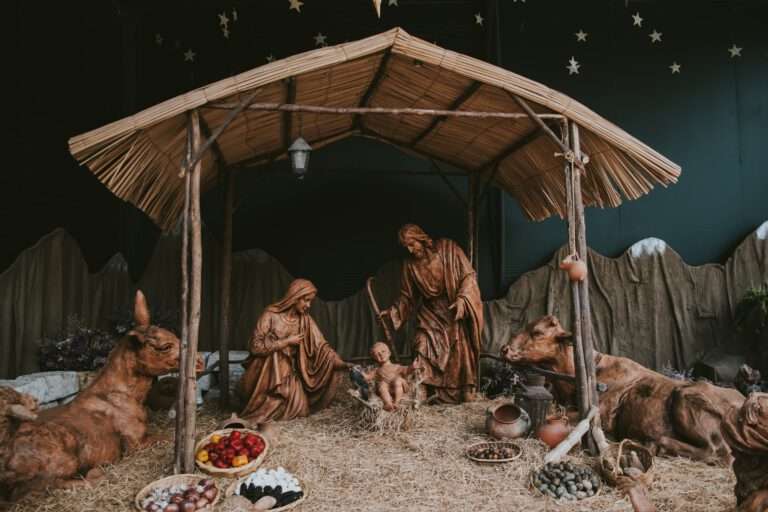 The year is 2015, and I am cycling home from Christmas church, a traditional custom in Finnish schools before the Christmas holiday can begin. At this moment, I am probably feeling a sense of relief and gratitude that my holiday can finally begin and that Christmas Eve will be in a few days. Of course, I cannot really know if I felt exactly like this in 2015, but that’s how I remember feeling during this time of the year when I was still in high school. At the time, I did not see any issues with this tradition since the event was always pleasant; the church had this special atmosphere that you don’t really feel anywhere else, and I enjoyed singing Christmas songs. What is not to like about it? However, for some students, the experience was entirely different, as they did not join other students who went to the church, but instead, they had some alternative event at the school that could have been something totally unrelated to Christmas. These students could have had different religious orientations, or perhaps they did not have any religious views at all, and thus, they did not feel like participating in this Christian tradition. Even though I did not see any problem with this tradition at the time, I can see it now. After all, schools should be places that do not take part in any kind of religious practices, since state and church should be separated and thus, secular institutions such as schools should remain neutral when it comes to religion. However, with Christmas church, respecting this long tradition seems to matter more for the schools than enforcing this policy of neutrality. Therefore, if schools celebrate Christmas by going to a Christmas church, this principle gets broken. Another issue with this tradition is that by choosing to attend Christmas church, the schools are choosing to exclude those students who do not celebrate Christmas as a religious celebration or otherwise do not want to take part in it. Instead of attending Christmas church, schools should try to make the celebration of Christmas as inclusive as possible, and if someone wants to attend Christmas church, they can do that in their own time.

On the other hand, many people could argue that there is nothing wrong with this tradition as it is only natural to embrace the religious aspect of Christmas, as it has strong religious roots. Therefore, removing this tradition would basically mean ignoring the whole reason why we have even started celebrating Christmas, making the holiday practically meaningless. Moreover, one could argue that there is value in preserving certain kinds of traditions as culturally important, regardless if everyone cannot get behind them.

However, while these arguments can certainly be convincing, I don’t think our society should pick tradition over people. If schools make Christmas primarily a religious celebration by embracing the tradition of Christmas church, we choose to exclude people who want to celebrate Christmas but who assign other values to it, such as spending time with the family or enjoying Christmas music. Furthermore, I would argue that justifying anything with tradition, i.e., arguing that we should preserve something because we have always done it in a particular way, is a poor argument by itself. You can only imagine how many terrible practices we could still have in our societies if we would have always gone along with this argument about tradition.

The more system-level issue is another aspect that these arguments fail to respond to. If our society has decided to keep state and religion separate, how can we then sustain this kind of clearly religious practice in our education system? If we want to respect that principle, schools should not be doing this kind of stuff in the first place, as they are not supposed to take part in any kind of religious activities.

The last relevant point concerns the overall religiousness of the Finnish society, as it isn’t particularly religious. Yes, approximately 60 percent of Finnish people belong to the Evangelical Lutheran Church, but the church membership doesn’t really tell anything about a person’s true religious beliefs since baptism is still a common practice, while taking part in religious practices is less so. Moreover, there have been some estimations that in 2050, only 37 percent of the Finnish population will belong to church, and the wildest guesses put the number somewhere between 10 and 20 percent.

There have also already been changes regarding people’s attitudes towards Christmas, when especially younger people have been more willing to choose their own traditions and their way of celebrating Christmas. Interestingly, when it comes to the tradition of attending Christmas church as a child with your family, the custom has been decreasing, especially with younger people. When only a third of the population of people between the age of 30 and 39, have attended Christmas church with their families as a child, the result is nearly 60 percent for people over the age of 70. So, it seems odd that schools would keep this tradition intact when it has been less and less popular within the families and the overall religiousness of the society seems to only be decreasing in the future.

To conclude, I want to emphasize that I am not against celebrating Christmas as a religious celebration if it reflects the person’s true values or beliefs. However, the school as a secular institution shouldn’t be participating in this kind of religious tradition. Anyone wishing to participate in Christmas church should do that in their own time. Rather than excluding people from the celebration of Christmas, the focus of the schools should be making the celebration more inclusive and reflective of our values.