The Mandalorian: A New Hope

On November 12th, The Mandalorian was released. This show is part of the Star Wars universe and it takes place five years after Return of the Jedi. It was created by Jon Favreau, the same guy who created the first Iron Man movie in 2008 and is therefore basically responsible for reviving Marvel (if you don’t know, Marvel wasn’t popular at all before this). At the time I’m writing this, three out of eight episodes have been released and they have been received very well.

Star Wars revival
As you are probably aware, the Star Wars series is currently in its third trilogy. Two movies have been released and the final one is coming out in December of this year. Public opinion of these movies vary greatly, but overall most think they aren’t very good. Especially The Last Jedi, which came out in 2017 isn’t regarded highly.. Basically, the general opinion is that some decisions that were made didn’t make sense or were unnecessary. One character named Rose Tico was so unpopular, that fans harassed the actress portraying her, Kelly Marie Tran, on Social Media, eventually leading to Tran deleting all her accounts. Along with the second trilogy, which was released between 1999 and 2005, the Star Wars saga has had a lot of critique to endure. The Mandalorian, however, has received very high scores on multiple review sites. The third episode has even scored 100% on Rotten Tomatoes. The episode was directed by Deborah Chow, who will also be directing a series about Obi-Wan Kenobi, which was announced in September. Could The Mandalorian be the start of a new era for the Star Wars series?

​Bounty Hunter in space
During the series, we follow an unnamed Bounty Hunter who is a Mandalorian. Mandalorians are a group of people who often work as mercenaries or bounty hunters. Boba Fett, a character from the original trilogy, is also part of this group. I won’t reveal what it’s about, but we follow the bounty hunter during his (exciting!) adventures. 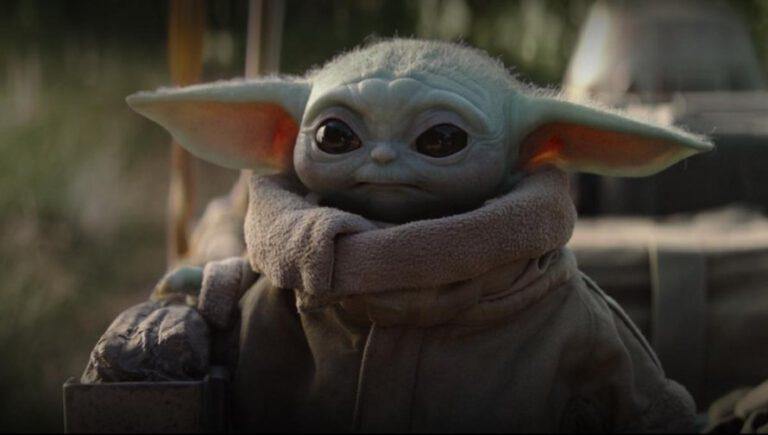 One character that I HAVE to mention is Baby Yoda. If you use the internet in any way you have probably already seen some pictures of this incredibly cute creature. It does not have a name, so the internet calls him Baby Yoda, but he is not actually Yoda, they’re just the same species. The little green Gremlin-like creature is adorable (as is evidenced by the picture on the right). I am personally a sucker for cute things and Disney merchandize so when they release a Baby Yody plush I can guarantee you I will have to buy one.

Great series
So what do I think of this show? I personally really like it and I think it’s a step in the right direction for the Star Wars franchise. The story is engaging, and the characters are interesting. Most of them are non-human or covered (the Mandalorian doesn’t take his helmet off, or at least hasn’t done so yet) which makes the show almost feel like an animation series. The episodes are fairly short, between 29 and 38 minutes, which I think is great because I usually don’t watch long episodes in one go; I’m like a goldfish, I can’t keep my attention for too long.

If you think the past few Star Wars movies haven’t been great and are now in doubt about whether you should watch the show, I highly recommend doing so. It has the original Star Wars-y feel we all know and love and the first few episodes are very promising. I’m excited for the next episodes and the second season which is currently in development. I can’t wait to see what else the Star Wars universe has in store!